Christmas is around the corner and as you look to plan your holidays, we’ve got you covered with all the events that matter. This list will be updated as more events are made available to us. To submit an event, please email us at enquiries@culturecustodian.com

Bearded Genius launches the fourth edition of their Asiko collection to kick off the month of December.

Budget: Free entry, unless you’re looking to cop pieces from the collection.

Moelogo shall host a concert with support from his friends before the Christmass craziness kicks in. A mid-week vibe for the employed!

If you’re looking for some good make up mixed with food and music then the Malice Cosmetics pop-up party is the place to be this December!

Budget: Free entry, unless you’re looking to get some matte liquid lipstick from the collection.

DJ Spinall shared another album this year and to close it, alongside friends and peers he shall host the Party of Your Dreams. DJs Big N, Consequence, Debby, E Cool, EniMoney, Obi, Prince, Lambo, Hazan, Sose are all on the bill.

The good people at We Rise Initiative are here to ensure that as we bring a close to 16 Days against gender based violence, we are having important and necessary conversations.

An event with social impact. Themed around WOMEN AND THE ENVIRONMENT, 10 photojournalists from Port Harcourt document the effect of oil spills and environmental erosion on the woman around them and their environment.

Maka, Asikey, Jazzz Atta, Deborah Prest and Tems take the stage as you get to experience a showcase of some emerging women in Nigerian music. Themed to perfection.

Following a London concert in November, Simi brings the vibe to the city she calls home.

Three nights of magic it shall be with Adekunle Gold at Terra Kulture. Live music lovers, you don’t want to miss it.

Tickets: Apparently sold out. But stay plugged to the site for any updates.

Mayorkun crowns another chapter of the story with his third headline show in Nigeria this year. Ibadan down, the capital down and now the city it all began in, Lagos.

Wande Coal has looked like himself in recent years despite a limited amount of releases. Following a UK show, he’ll host his first show in Lagos in a while. King Coal is back!

6PM, December 15 | The Legend of Mars and Barzini | FreeMe Space

Poe with a showing for the fans following the release of his debut project.

Oma Mahmud will be hosting his debut show this Christmas, a live session of his 2017 album PINK alongside other artistes and you are all invited.

Tickets: Free entry, but you need to register with this link.

The Pretty Boy celebrates the release and success of his debut body of work by bringing his fans into his Pretty World.

With the opening of XII Glover, Nigerian streetwear has been put in conversation with some of the world’s most popular streetwear brands. If you consider yourself a streetwear enthusiast and were excited by XII Glover’s opening, you should be at Street Souk.

Dremo will host his first headline show of the sort following the release of his debut EP earlier in the year. You can be sure he’ll bring out label mates and friends.

In contrast to normal programming, Wizkid will host two concerts this year. This one looks to be more geared towards his more well-off fans with no regular tickets in sight. If you can afford it, it just might be the way to go as you can expect smaller crowds and perhaps more attention to detail than normal.

After taking a year off, the Beat FM concert makes its grand return. Coming from the people who brought Migos to Lagos, Lil Baby, Kojo Funds, Lotto Boyz, Mr Eazi and Kizz Daniel will be joined by a host of other artists.

XII Glover will be home to a pop-up shop and party featuring Motherlan, WANI, SammyStates, Friends & Family, Homedelivery and more.

The boys at New World No Politics Mob and Traplanta link up for a showing in the city of Lagos with their Day 0 fans.

Budget: Free entry, merch will be on sale.

Allure Entertainment is here to reinvent the Lagos party scene by finding the most exciting venues offering you a different experience.

Gidicruise and 3 Stripes link up for what promises to be an interesting night!

Kida Kudz brings the party to town with his associates, the Jiggy Boyz FC.

Tickets: E-mail KIDAKUDZ@JIGGYBOYZFC.COM to get on the guest list and the location.

This year, Flytime Promotions will host the first-ever Flytime Music Festival and Rhythm Unplugged will serve as the opener.

One for the grown and sexy.

DRB’s had one of the most interesting runs we’ve seen and as they turn 10 this year, it looks like they’re bringing back the DRB Concert.

Olamide will make the return to Eko Hotel as the closing show of the Flytime Music Festival.

The Wiz show for the masses. Regular tickets and much cheaper VIP tickets than the VIP Experience.

It’s been two years since Odunsi the Engine’s TOOL EP but his genre-defying debut album, rare. shall be the center of attention at his debut headline show.

The biggest party in Lagos over the past year finally hits the Island.

For the Poetry lovers, Titilope Sonuga will close her tour out in Lagos in what she describes as ” a meditation on surrender through poetry and music”.

After a year which has proved to be his most prolific, Oluwaburna seeks his coronation as the artist of 2018. 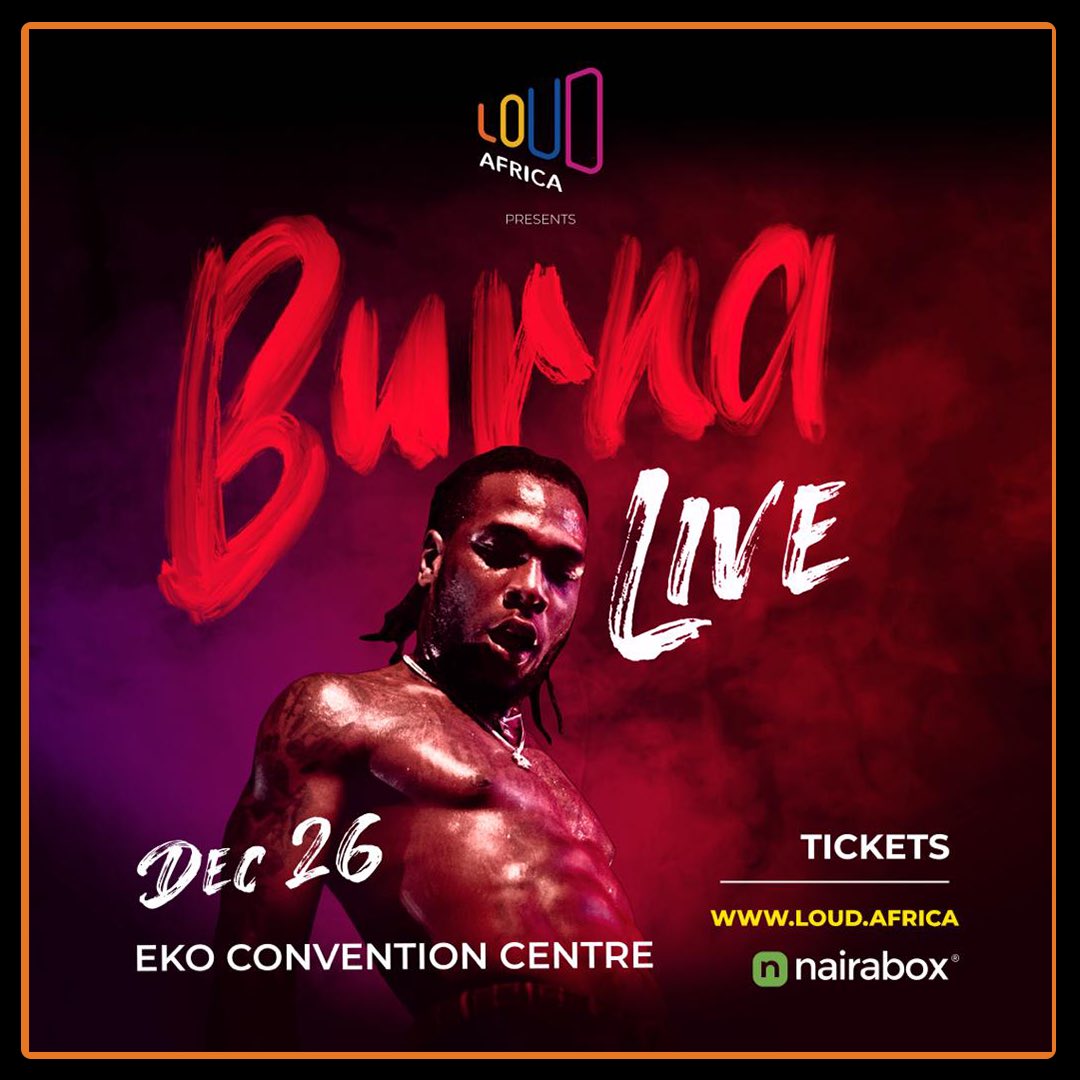 The growth continues and the Eat Drink Festival is now a two-day affair with a lot more than we’ve ever experienced as they go cashless and introduce fun-size events within the festivities.

Budget: It costs ₦1000 for newly introduced wristbands that make the process of buying food easier and essentially act as tickets. It costs ₦10000 for the fun size events if you choose to attend and to eat well and from a range of vendors, you’ll probably need about ₦10000 but it’ll all be worth it.

Yet to be announced but we have it on good authority that the 27th is for DMW and 30 BG.

Palm Wine vibes from the generals at it as Show Dem Camp host their second ever Palm Wine Festival.

Ring the New Year in with a curation of Vibes by the Director of Vibes.

Culture Custodian curates and collects the stories and events that matter for the Nigerian and African millennial.